TOP 10 Reasons Why You Should Hire A Veteran 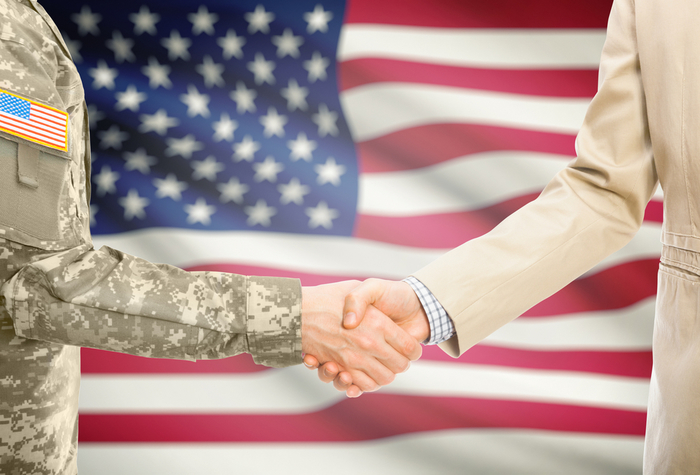 Employers and companies, in general, can get a lot of benefits from hiring Veterans. Early this year, we released a newsletter detailing the financial advantage of hiring U.S. Veterans: Tax Credits. On this blog, we will enumerate the Soft Skills Advantages to a workplace when you decide to hire Veterans.

Many Veterans value a hard day's work. Their military exposure trained them to put in daily work that involve not only the physical but also mental agility. To do well in service is IMPERATIVE because failure may cost lives. Military exposure definitely builds incredible work ethics among Veterans.

Here are ten (10) strengths that an employer can expect a Veteran to bring as they transition to the civilian workplace:

Veterans have top-notch teamwork ethics. All Veterans have become part of a group, big and small, during their service. It is also the military principle that for a unit to function properly, all members must work in coordination with the crew.

Completing missions are something that Veterans take the most pride in. There's always a goal to achieve and an order to execute for service members. When they take part in a civilian workgroup, you can most definitely expect them to be naturally driven to perform their duties and responsibilities.

The military humbles all service members upon entry and even after separation. They say that entering service will take off one's filter of the world. Veterans have been exposed to life's harsh realities that their experiences sharpened them towards developing a more pragmatic sense of themselves and their abilities.

Again, to be a service member means to automatically be part of the group. Employing a Veteran and assigning him or her to work in an organized group setting, should bring little to no problem.

Still touching on the topic of functioning as part of a whole, Veterans' military background most definitely opened them to diversity. A military unit may consist of men, women, LGBT members, and mixed races. A unit will not work as one if the members are hostile against anyone that's not part of a general group standard. A unit should be able to perform its duties regardless of the diversity in the group.

6. WILLINGNESS TO TAKE ON AND FINISH DIFFICULT TASKS

Having been goal-oriented, Veterans understand that an organization's success relies on taking on and finishing the tasks at hand no matter how difficult they are. Besides, a Veteran practically knows that no task is difficult when driven by teamwork.

Very rarely will you encounter a Veteran that doesn't possess cross-functional skills. Military service includes extensive trainings on several computer programs and systems of education to empower its members the ability to solve problems in different fields.

Speaking of problem solving, Veterans also have a strong sense of tackling a problematic situation quickly and creatively - with as little casualty as possible. This is definitely a profitable skill to acquire in a workplace because efficient problem solving means minimal losses.

Change is constant in the military. Hence, it is important for each member to have the ability to adapt to any changes in situations, environments, leaders, and/or even group members. Just like in the military, civilian work life is prone to changes. Employing someone who is already used to adapting to changes will, for sure, be an asset to any company!

10. RESPECT FOR RULES AND OBEDIENCE

Rules lead to success while obedience is the key to success. Rules are not a foreign concept among Veterans. Military service allows Veterans to understand the importance of rules in a company. Veterans respect and obey rules because their experiences have inculcated in them a sense of trust in the legitimacy of command.

Hiring a Veteran gears your workplace towards success - is the short answer to the title question. Hiring a Veteran means hiring a dedicated employee that exudes teamwork, sense of accomplishment, and organizational prosperity.