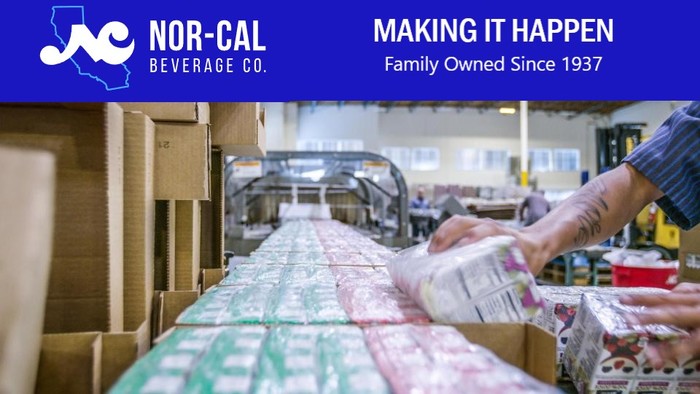 Just as the company is proud to maintain long-term relationships with their employees, so have the ties between Hire Veterans and Nor-Cal Beverage Co., Inc. been. Nor-Cal Beverage has consistently been advertising their open positions on our job board since 2016!

The average work tenure in the United States is just 4 years?* Yet, Nor-Cal Beverage have employees with tenures exceeding decades - ten, even twenty years! This data is way above the national work median average.

*According to the 2020 Published Research of the U.S. Department of Labor, Bureau of Labor Statistics.

What does this mean for Nor-Cal Beverage?

The length of employee tenure always reflects a positive image for the employer. This can imply that the team members are satisfied with: the type or nature of their job(s); the salary/bonuses/other benefits that they are getting; and even the work culture of the company. An individual won't endure lengths of time if he/she is not happy with the workplace and pay.

For Nor-Cal Beverage, this could mean that they are nurturing their team members to their potential. In MBA terms, Nor-Cal Beverage can maintain a wealth of intellectual capital through their positive job tenure.

If you get accepted for a job at Nor-Cal Beverage, here are just some of the benefits that you can enjoy. The FULL LIST will be disclosed to you during the hiring process.

Nor-Cal Beverage Co., Inc. started as Hires Botting Co. in 1937. It was first established by Roy and Margaret Deary as a root beer bottling company. Since then, the business has been owned and operated by the Deary family.

With its expansion into new bottling franchises, it became clear that the family needed to move away from its initial name. In 1974, the business incorporated as Nor-Cal Beverage Co. and soon acquired an old cannery as well as 43 acres along the deep-water channel in West Sacramento. It was in this location, too, that Nor-Cal Beverage decided to build their corporate offices and production plant.

By 2007, the Deary family had to re-strategize its branding and business position. It had to do away from its traditional soft-drink franchises and invested instead on the production and packaging of ready-to-drink teas, aides and juices, fortified and sparking waters, and energy drinks - which became more in demand throughout the years.

This bold move is a perfect example of how the Dearys have stayed ahead of the fast-moving industry. Today, the company remains the largest independent beverage co-packager west of the Mississippi. They can bottle more than 80 million cases annually, co-packing for an impressive client list and bottling its own expanding Go Girl® line of energy drinks.

To date, Nor-Cal remains a Deary family-owned business - ran by the third generation and is expected to be passed on to the fourth and succeeding generations. But the most important piece of information about Nor-Cal Beverage is that it is not only a company of the Deary family. Throughout the years, Nor-Cal Beverage became a company run by its daily family members: its employees. The Deary family think of their employees as members of a large, extended family. When you treat every member as your family, you are bound to protect them and keep them happy. You would essentially want to keep them by your side for as long as you can. This interesting fact circles back to the beginning of this article: how Nor-Cal Beverage's family-driven business practice propels the 85-year-old company to its continued success.

DO YOU WANT TO BECOME PART OF THE NOR-CAL BEVERAGE CO., INC. FAMILY? VISIT THEIR HV PROFILE TO GET TO KNOW THEM BETTER.