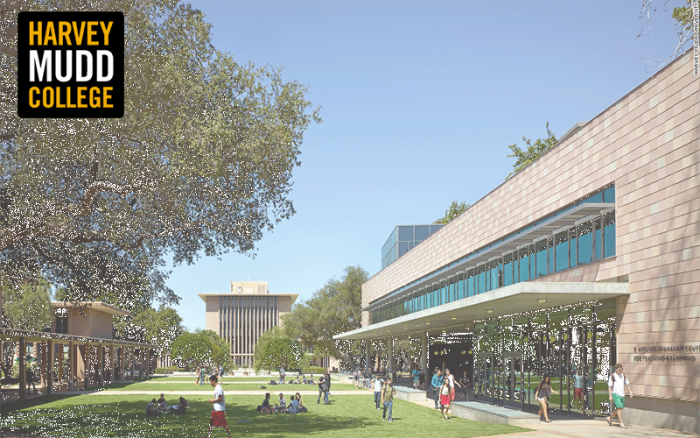 Harvey Mudd College is one of the premier engineering, science, and mathematics colleges in the United States.

They are also unique because they are a liberal arts college. Aren’t engineering, science and mathematics mutually exclusive of the liberal arts? Maybe at some places, but not at Harvey Mudd.

At Harvey Mudd they educate engineers, scientists and mathematicians who become leaders in their fields and have a clear understanding of the impact their work has on society. That’s the big picture.

Not that Mudd’s all academics. They are people, too. Longboards get them around campus, the Honor Code gives them freedom and responsibility, pranks keep them laughing, and parties make them famous. So not only do they know how to get things done, they know how to have a good time.

And for all of this, they have Harvey S. Mudd to thank. In the 1950s Mudd, an accomplished mining engineer, wanted to overcome many of the shortcomings of traditional, narrow technical training of his day. Mudd, and his successors who helped establish the college, delivered on his vision in a big way. Not only did they understand the world of science, they understood the people behind it. And today they have Harvey Mudd College, a place created by and for future, forward thinking scientists.

Harvey Mudd College is a liberal arts college that is known for being a leading innovator in science, technology, mathematics and engineering education. Their mission is to “…educate engineers, scientists and mathematicians, well versed in all of these areas and in the humanities and the social sciences so that they may assume leadership in their fields with a clear understanding of the impact of their work on society.”

Click Here To View And Apply To All Of Harvey Mudd College's Available Positions!