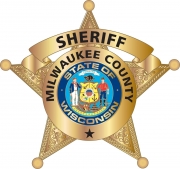 Since 2002 the Sheriff's Office has been led by David A. Clarke Jr., who was appointed by Governor Scott McCallum on March 25.  He was elected by the citizens of MIlwaukee County on November 5, 2002.  As Sheriff, he is the highest ranking constitutional officer in Milwaukee County.