Under general direction, assists in planning, implementation and overseeing of all facets of engineering activities pertaining to aiding OMPA participating cities in the management, planning and operation of distribution systems.  Will assist in coordinating efforts between OMPA, Engineering consultants and participants to implement technical and economic aspects of the OMPA program.  Assist members during storm restoration efforts.

Technical degree required in such disciplines as Computer Engineering, CPA, etc, plus 5 years related experience and/or training, and 2 years related management experience, or equivalent combination of education and experience. 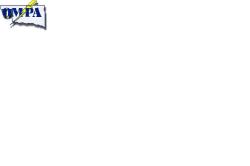 OMPA was created with the purpose of providing adequate, reliable and economic sources of electric power and energy to Oklahoma municipalities and public trusts operating municipal electric systems on June 2, 1981. This would allow members the financial benefits of a large utility while maintaining control of their electric utility.

In September of 2015, the Town of Mooreland and the Town of Fort Supply became OMPA’s 40th and 41st member city. Beginning in June of 2016, OMPA will begin serving our 42nd member city, the City of Cordell.