Why The Tobacco Industry Is So Vulnerable Right Now 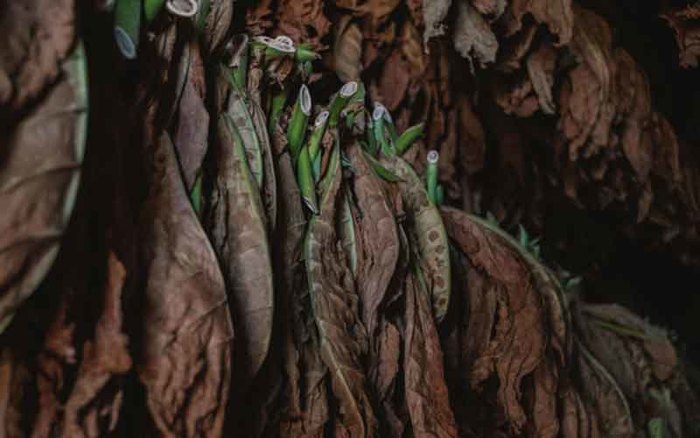 The tobacco industry has been a powerhouse of money, influence, and crooked advertising and business practices for decades. Thousands of people die every year from smoking-related illnesses, and the tobacco industry creates millions of tons of litter, toxic waste, and causes extensive pollution and deforestation. Not to mention, during the early days of its power, the industry actually marketed its products to children.

Though bog tobacco has been raking in billions for much of its lifespan, we’re starting to see a decline in not only the industry’s profits, but also the general use of tobacco products across the globe. Big tobacco is quite vulnerable in 2020, and here’s why.

Tobacco is a plant that contains an addictive chemical called nicotine; but you probably already knew this, considering there’s a warning label on every tobacco package. The warning labels are required by the FDA, otherwise, big tobacco probably wouldn’t want you to know just how addictive their products really are.

Nicotine is actually listed among the most addictive substances in the world, alongside the likes of cocaine, barbiturates, and alcohol. It’s very difficult to stop smoking once you get started, which means more profits for the industry.

“Big tobacco” refers to the largest and most powerful companies in the industry; the ones who have the power to put money in the right places and lobby for more protection for their products, despite the fact that they’re a public health hazard and the industry itself is a detriment to the health of the planet and its ecosystems.

Over the years, the industry and the companies operating within it have been responsible for some very shady practices, including marketing to kids, trying to hide the extent of the deadly effects of their products, and also genetically engineering their tobacco so it contains twice as much nicotine. The bottom line? They want you addicted to their product without knowing what it can really do to your body. Profit is the only concern.

COVID-19 is a Coronavirus that swept much of the globe in the first few months of this year, causing global panic and a general sense of dread among the citizens of the world. Everywhere across the globe, nations scrambled to meet the crisis head-on, with some faring far better than others. Unfortunately, the US was not among the more proactive nations.

While the United States’ individual citizens argued over whether they should have the right to a haircut, many civilized nations buckled down, obeyed the quarantine rules, and are now in recovery or have fewer cases than ever.

This is one of the reasons that the tobacco industry is so vulnerable right now. With a disease that affects the respiratory system, it only makes sense that cigarettes shouldn’t be in use by anyone. You’re essentially giving the virus a hand-written invitation to invade your body.

Let’s not forget that the tobacco industry is under serious threat from some competitive alternative products that have become available in recent years. Vape pens, JUULs, and even tobaccoless chew from companies like Black Buffalo are giving big tobacco a run for its money.

These alternatives can provide a different way to get a dose of nicotine without having to inhale thousands of toxic chemicals. If you quit smoking, you’ll retract your support for an industry that doesn’t care about your health, the health of the planet, or public health.

As we learn more about the dangers of cigarettes, it becomes glaringly obvious that they’re a detriment to both the environment and public health. It is estimated that about 800,000 people in the US alone die every year from smoking-related deaths, but that’s just the first-hand smokers. Second-hand smoke can be just as deadly and claims additional lives each year. This is why so many states have banned public smoking; there’s simply no “safe” way to smoke around other people.

Information on tobacco, the industry, and the effects of cigarettes and tobacco use is abundant, and the more awareness we can spread, the better. The world would truly be a better place without cigarettes. They provide no health benefits, are an unnecessary expense, and cause only death and destruction to the environment.

Will big tobacco survive COVID-19? The answer is most likely yes because the sad fact is that people don’t always care that what they’re doing is dangerous or destructive. However, it’s clear that thousands of people are dumping their tobacco habit in favor of alternatives or a newly tobacco-free life. Whatever the case may be, big tobacco is certainly starting to lose both profits and influence.